Pictures of Hope for NICU Parents 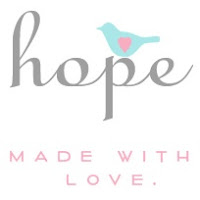 According to their website, "Pictures of Hope is a charitable organization of professional photographers who provide complimentary, documentary-style, photography sessions to babies in the Neonatal Intensive Care Unit (NICU) and their families."

This charitable organization of professional photographers from the United States and Canada provide complimentary, documentary-style, photography sessions to babies in the Neonatal Intensive Care Unit (NICU) and their families.

Many of the photographers providing their services to the Pictures of Hope Foundations were themselves once NICU parents, so they understand what it is like to be in the NICU and are somehow about to find ways to take beautiful, hopeful NICU photographs.

Pictures of Hope is a wonderful resource for NICU Parents. You can find out more about their services and find a photographer by visiting their website

Even in the midst of a personal turmoil NICU Parents are often able to discover what they are truly grateful for in life as noted in this quote by author Sarah Ban Breathnach. 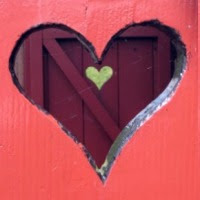 Ironically,
gratitude's most powerful mysteries
are often revealed
when we are struggling
in the midst
of personal turmoil.


After our NICU experience, I discovered what was really important. For me it was family and friends who support you through challenging times and ultimately having a healthy child. I no longer take the health of my children for granted.

My children's health is something that even years later I continue to be grateful for on a daily basis.

Other Posts on Gratitude and being Grateful

Image: René Blankenstein. Heart in Heart. Royalty Free Use.
Posted by Kirsti A. Dyer at 4:35 PM No comments:

Having a Memorable Merry Christmas in the NICU

Three of the ways are crafty ways of coping with the NICU. 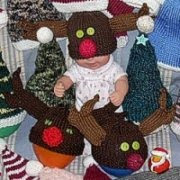 Knitting in the NICU at Christmas

One of my favorite crafty NICU Projects is Respiratory Therapist Glenna Muse's Knitting in the NICU.

You can read more about the Afghans for NICU Babies on her post at the Crochetville Forum.

One of the more inspired NICU Christmas poems, "Jolly Old St. NICU" was written in 2005 by the Daddy of Benjamin, Casey, Danielle and Emily (in memory).


'Twas the night before Christmas, and in each isolette
Little creatures were squirming and getting all set;
Machinery sat by their bedsides with care,
In hopes that good breathing skills soon would be there.


The full version of the poem, "Jolly Old St. NICU" can be found on the PreemieCare.org site.


More on Holidays in the NICU

Dyer KA. 2009. Tips for Celebrating and Coping with Christmas in the NICU. Type-A Mom.

Image: Glenna Muse. Knitting for the NICU: Christmas '09. Used with Permission.
Posted by Kirsti A. Dyer at 4:03 PM No comments:

Celebrating Christmas in the NICU 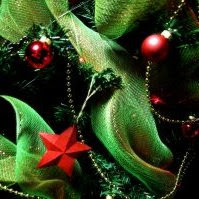 Christmas in the NICU can be a very challenging time for NICU parents. Instead of being able to wrap gifts and decorate a tree, they are spending hours in the NICU worried about the health and well being of their new baby and trying to survive this major life challenge.

Understandably, it may be difficult to get into the holidays spirit and wish others a "Merry Christmas" or "Happy Holiday."

This quote from W. C. Jones, may be a way to help NICU parents shift their perspective to be better able to cope with Christmas in the NICU:


The joy of brightening other lives,
bearing each others' burdens,
easing others' loads and
supplanting empty hearts and lives with generous gifts
becomes for us the magic of Christmas.


I have always found that focusing on others who may be even in a worse situations when I am feeling blue about my own circumstances helps to lift my spirits.

This quote sounds like NICU parents, NICU staff and generous NICU volunteers all pulling together during the holidays to brighten each others' lives and ease each others' burdens. It is possible that despite the NICU surroundings, NICU parents can still create a festive atmosphere and share the holiday spirit. The recent article on Tips for Celebrating and Coping with Christmas in the NICU that I wrote for Type-A Mom provides a lot of helpful suggestions for coping with Christmas in the NICU.

NICU Parents need to remember that this is the first Christmas you get to celebrate with your new baby, even if it is in the NICU. There are many simple ways and simple things to make that holiday season special for your family will help you to create some happy memories of your baby's first (NICU) Christmas.


More on Holidays in the NICU

Dyer KA. 2009. Tips for Celebrating and Coping with Christmas in the NICU. Type-A Mom.

Image: Nick. Goodchild. Christmas Tree. Royalty Free Use.
Posted by Kirsti A. Dyer at 10:13 AM No comments:

Labels: Christmas in the NICU, Coping with NICU, Holidays NICU

Christmas is a time of gift-giving. Even with a baby in the NICU, NICU parents would still like to be remembered at this holiday of goodwill.

To help family and friends make picking a gift less challenging, I've put together a list of different gift ideas for NICU Parents that are helpful suggestions for gifts whether given at Christmas or any other time of the year.

Some of these gift suggestions are for the parents, some for the baby, some the parents can use or gift to their own NICU baby.

Image: Jeff Prieb. Christmas Present. Royalty Free Use.
Posted by Kirsti A. Dyer at 8:54 AM No comments:

Thanksgiving: A Time to Be Thankful, Even in the NICU

As promised, a link to the new article from the Type A Mom site, on Giving Thanks Even when Thanksgiving is in the NICU.

In the article you will find a number of ways that generous people are helping NICU parents to be able to give thanks, even in the NICU. I've shared a couple already in previous posts this week.

Some of my favorites are the creative ways that people are helping NICU Parents to cope.

Earlier this month, The Preemie Clothes Guide posted Patterns and Ideas for Thanksgiving Preemie Blankets with links to different blanket patterns plus with suggestions for ways to modify the patterns to create special Thanksgiving preemie blankets. 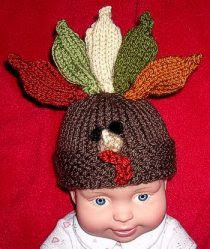 Respiratory Therapist, Glenna Muse post of the 2009 Official Thanksgiving Turkey Hat was my inspiration to find the many ways that people are helping NICU parents to give thanks. She knits out of love for these little babies and shares why she is Thankful this Thanksgiving.

Those babies and these hats make me joyous. It's that simple. Every time I hold a three pound baby and every time I plop one of my silly little hats onto one of those tiny little heads I see God in their eyes and for those moments I am a mountain of faith that the world is a wondrous place and we are blessed to be here, all connected as one big family on Earth.

On this Thanksgiving I am thankful for all of our little miracles and that I am so lucky to play a part, through respiratory therapy and by knitting hats, in their first days in this life.

I will be posting a blog next year about Glenna Muse's efforts on Knitting in the NICU.

Encouraging Message: The Full, True Thanksgiving Comes from the Heart

I discovered this clip on YouTube when searching for Thanksgiving in the NICU. It is quite silly, but a lot of fun. Most of all it demonstrates a lot of heart on the part of these NICU Nurses staging their own version of the Macy's Thanksgiving Day Parade in the NICU.

A Thanksgiving Parade in the NICU

To me, these NICU Nurses embody the full, the true meaning of Thanksgiving, giving from thanks from the heart.

He who thanks but with the lips
Thanks but in part;
The full, the true Thanksgiving
Comes from the heart.

I've got a new article awaiting publishing on the Type-A Mom site on "Giving Thanks Even when Thanksgiving is in the NICU."

I'll publish the link when it is live.
Posted by Kirsti A. Dyer at 6:42 AM No comments:

Being Thankful at Thanksgiving in the NICU

Thanksgiving is a time for giving thanks and expressing gratitude. Sometimes it is difficult to imagine still being grateful when your baby is in the NICU.

We were lucky with our NICU daughter that the only holiday we spent was Easter (she was actually transferred to a higher level of care NICU on Easter Sunday).

This YouTube Clip from Q13 Fox News Seattle shows how one hospital was making Thanksgiving a bit brighter for NICU parents.

For this Thanksgiving I'd like to share a quote on gratitude which may help NICU parents facing the chaos and confusion in the NICU:

Gratitude unlocks the fullness of life. It turns what we have into enough, and more. It turns denial into acceptance, chaos into order, confusion into clarity.... It turns problems into gifts, failures into success, the unexpected into perfect timing, and mistakes into important events.

Gratitude makes sense of our past, brings peace for today and creates a vision for tomorrow.

May you still be able to express gratitude this Thanksgiving, even if it is being spent in the NICU. I hope that you will find a sense of peace for today and a vision for tomorrow.

Parents learn a lot
from their children
about coping with life.
~Muriel Spark

Kirsti A. Dyer
Kirsti A. Dyer MD, MS, FT is a respected physician, health educator, professor, author and former NICU Parent. She uses different identities Comfortdoc, Griefdoc, Momdoc, Professordoc, Nutritiondoc and Wellbeingmd depending on the circumstance.
Since 1997 she has served the grieving Internet community with the Journey of Hearts website. She keeps several blogs on a variety of topics.

The Violet Heart Collection pins are way to hold your baby in your heart and prayers.

The Violet Heart on Squidoo

The Violet Heart on Cafe Press

Free NICU eBook: For Those Who Hold the Littlest Hands

Get a Copy of Your Free eBook from NICU Parent Support